The Diary of a Sceptic 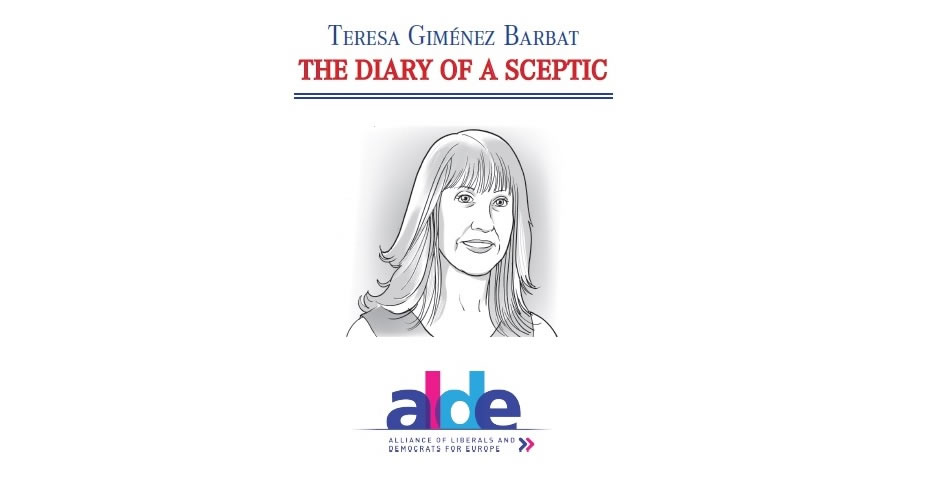 The Diary of a Sceptic (pdf)

I’m going to try and write as comprehensibly and naturally as Teresa does in the pages that follow this prologue. The first thing that springs to mind is that this is a book that takes numerous risks. Its diary format is a risk on the current writing scene. Such a realistic narrative form implies the likelihood of a minority reception right from the outset. The elimination of any fictional perspective is currently a sort of literary suicide. Anyone who writes a book free of fantasies could be said to walk a fine line with their readers. The majority want to read simulations. The book also has a feminist air to it, which together with the ostentation of scepticism may initially cause readers to shy away from these pages. Obviously, I write this hypothesis from a masculine point of view and in it I’m attempting to express my first impression when the book I had in my hands was fresh out of the oven. Nonetheless, as I knew the writer personally I was inclined to take the theoretical risk. I have to admit here, that I opened the pages of this account out of curiosity about my friend, though this didn’t prevent a certain degree of scepticism on my part and a slight willingness to be distracted when faced with the first undigested page. I have now read it twice. The first time I was hooked on the spot. A few years later, the goal of my second reading was to refresh my memory with a view to writing a prologue for the Spanish version. My initial intention for this second reading was to skim over the pages to simply trigger a recall. But that didn’t happen. Again, I got caught up in the book, page after page, although this time round something surprising occurred. I perceived a different vision of the account. That seems worrying. Can my criteria have changed so substantially in the space of just a few years? Whatever the cause, ten years after its publication in Catalan, the book takes on a new dimension given the current situation in Spain.

Let’s consider it one piece at a time. To highlight that the pages of this diary are written by a woman may seem like an anachronism, at this point. I understand it’s a detail of very relative significance to the reader at this moment in time. Or at least it tends to be in the majority of cases. Nonetheless, the female gender is crucial here. In these pages we follow the events described by Teresa from a perspective that only a woman could describe and analyse in this sort of detail. I am one of those people who still believes in the innate differences between men and women in the mental sphere. I admit to being one of ‘the last men standing’ in this respect. It’s also true that this woman talks about everything. She goes from the most everyday to the most transcendental, attaching equal importance to making pasta with pesto and the thorniest issues of national and international politics. It feels comforting. I’m fascinated by the women who have managed to preserve a certain uniqueness compatible with a broadness in their perspective of the context. I am particularly interested in that minority of women who have held onto their freedom while freeing themselves of the current whirlwind that smooths out the gender differences as if this constituted a huge leap in progress. Of course, Teresa shows an elegant modesty when it comes to certain details of her private life that distinguishes her from many, more cavalier, female writers, who have no qualms about forcing us to take minute interest in the contingencies of their most intimate facets. I understand that these are very personal observations. They belong to a male in whose childhood years it was common to hear a Catalan expression: ¡Cony de dones! An expression impossible to translate.

Perhaps “Women’s cunt” might come close but only literally. I don’t believe the Catalan expression reflected any machismo, but rather a male perplexity in the face of certain female actions. It was simply the reflex action that some singular twists in women’s behaviour triggered. The topical male expression aimed to reaffirm to others of their same sex the fact that these actions were clearly the product of a different and somewhat mysterious being and that they should not interfere with. I have the same reaction to Teresa. I would have liked to call this prologue “¡Cony de dona!” to reflect the curiosity and admiration I feel for the narration of events and reflections in this tale, although I can already picture the consequences of such boldness on my part. I would quickly be shot down by certain gentlewomen ever thirsty for punishments to aim at the theoretically offending primate. Which is why I waive any audacity here. She doesn’t need it. On the contrary, she detests it.

I’ve shadowed Teresa for the second time in her everyday life, her walks, her travels, her political meetings and her astute reflections on certain situations. She applies equal determination to resolving the most ordinary and the most complex. I particularly enjoy her tenacious avoidance of fiction. We see her in her daily quest to get to the truth of things, however everyday they may be, fighting against the pressure of society. She detests fiction. Whether in the occult sciences or everyday relationships. This leads her on an obsessive quest for the reality behind what has been established or hidden in the contrived liberal mythologies. She softens this occasionally intractable stance with irony and sarcasm although there are areas she refuses to budge on. Yet, it is surprising to see how easily she understands the opponent. Even her proverbial patience, or charity (?), with opponents I would have crushed in a second. She puts up with them with exemplary rationality. I would go so far as to say that occasionally she does so with an almost maternal warmth. She is capable of untangling friendly ties from intellectual meanness and sharing aperitifs and meals, sometimes purely for enjoyment, others in the noble pursuit of cultivating friendship but mostly to feed her insatiable taste for debate. Some of these characteristics might give the misleading impression that this is a book essentially for women. Absolutely not. I consider myself a textbook male and I fully enjoyed the double entendre. Perhaps it’s precisely because I perceive twists of intelligence that would follow a different pattern in the brotherhoods of my genre dedicated to writing and that difference is reassuring to find here. It invests life with new dimensions. In other words, I perceive heterogeneous viewpoints that satisfy my curiosity to tap into ways of thinking that are out of the ordinary. Particularly those exempt of the intellectual petulance so widespread among male writers. Teresa makes no effort to hide either her weaknesses or her femininity. The latter might well seem impossible. Yet it comes through in an adjective or a simple, everyday gesture. I haven’t observed even the slightest interest in establishing competition between the sexes in her writing. This means that it is natural and enjoyable to follow her ordinary comings-and-goings from October 2003 to June 2005. A possibly crucial period in the evolution of her own political thinking. And here I return to the idea I suggested in the beginning. Ten years later, I’ve discovered in this book a new and interesting dimension.

The period she chose very realistically shows the beginning of the end of Catalonia as a balanced society. It is clear in her relationships and in the attitudes of those around her, but above all, it comes through in the need to move closer to people who have already been fighting like antibodies to the epidemic for a time. An epidemic that just a few years later would devastate the common-sense and good know-how of a community. Teresa joins in this fight that has offshoots in other Spanish territories. The way the beginning of the disease is revealed, interwoven with everyday situations, reminds me of something I read about the behaviour of the Germans in the thirties. In her diary, the whiff of the virus starts to be perceptible in the subtle details of her relationships. Neither she nor I believe the situations that took place subsequently are comparable in terms of the final consequences of national-socialism but they are similar in the way they alienate a society. The current reality clearly shows the consequences. In addition to all of the above, this diary holds an additional and extremely contemporary incentive, precisely, in the root of this whole epidemic process.

Teresa’s personal dimension and her political commitment as a European Member of Parliament today, have their origins in the events recounted over the twenty-one months of this diary. Many serious things have happened in Catalonia since. Her (ever positive) scepticism has not prevented her firm ethical commitment. Hence, we look forward with relish to the next tale that could be described as the diary of a somewhat sceptical lady in the clamour of battle.

This website uses cookies to improve your experience. We'll assume you're ok with this, but you can opt-out if you wish.Accept Read More